Historic Takoma uses the storefront window of its building at 7328 Carroll Avenue to present displays of local and seasonal topics. See the current display below and stop by to see the elements in detail.

Two Neighborhoods by Melissa Ezelle is inspired by images from the Historic Takoma Archives. Ezelle has created six tapestries to present this history of two African American communities that settled in Takoma Park in the 19th and 20th centuries. On the left is Cherry-Colby and on the right is The Hill (Ritchie-Oswego Avenues). Both are screenprint and mixed media on hand-dyed cotton. The exhibition is made possible with support from the Arts & Humanities Council of Montgomery County.

After the second Trump impeachment trial ended on February 13, 2021, handmade yard signs began to pop up in yards across Takoma Park. Residents wanted to let Representative Jamie Raskin know how grateful they were for his phenomenal work as the lead House manager for the impeachment.

Residents grabbed paper and markers and wrote notes of thanks to Raskin and the other nine managers. They added words such as Patriot, Democracy Defender, American Hero to their Jamie Raskin for Congress signs. They filled their yards and windows with flags and heart signs. The signs they made were creative, touching, witty, and heartfelt.

Thinking that this was a tribute worth documenting—and sharing with Jamie—neighbors put out the call for people to send in pictures of their signs. Within a week, nearly 100 responded. A professional photographer contacted those who sent in pictures of their signs and arranged to take additional photos of them with their signs. He created two poster collages to give to Jamie as well as this Historic Takoma display, which includes many of the photos sent in by Takoma Parkers. The two posters along with collections of many of the photos appear below. A slide show of all the submitted photographs can be found HERE.

The pictures on these collages are just a portion of the many that were posted throughout Takoma Park. They do not represent all of the pictures or the people who posted them, only those who responded to the email call for pictures of their signs. If you have a sign you’d like added to the collection and to the slideshow, please send them to info@historictakoma.org.

Collections of photographs submitted to the project 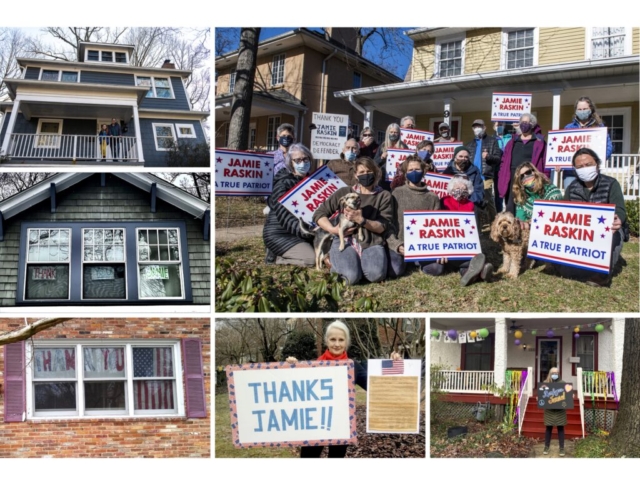 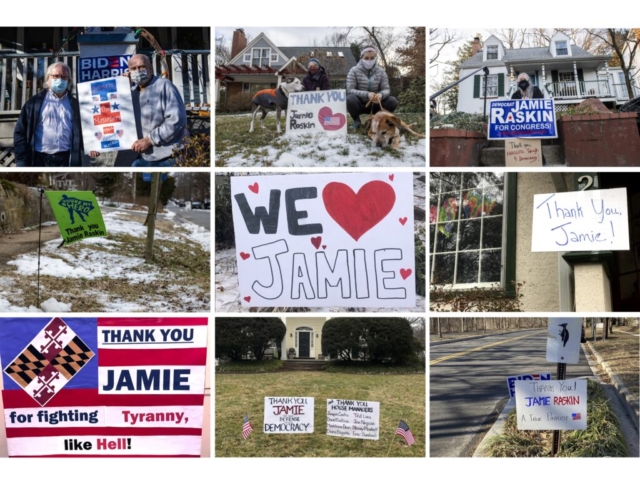 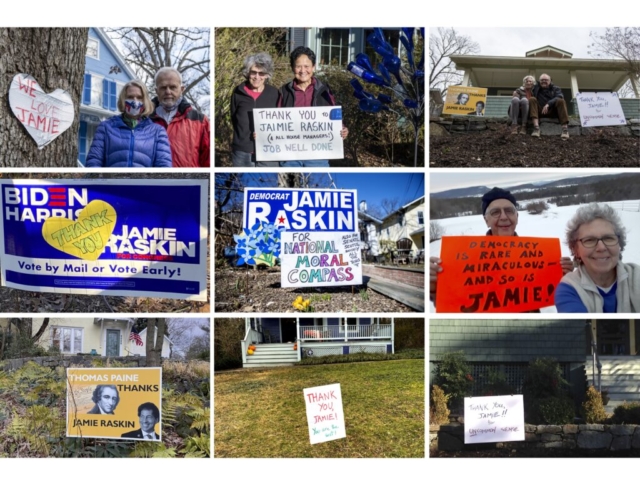 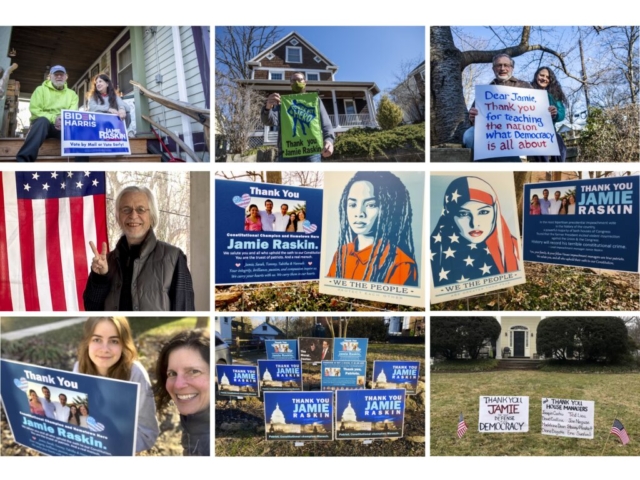 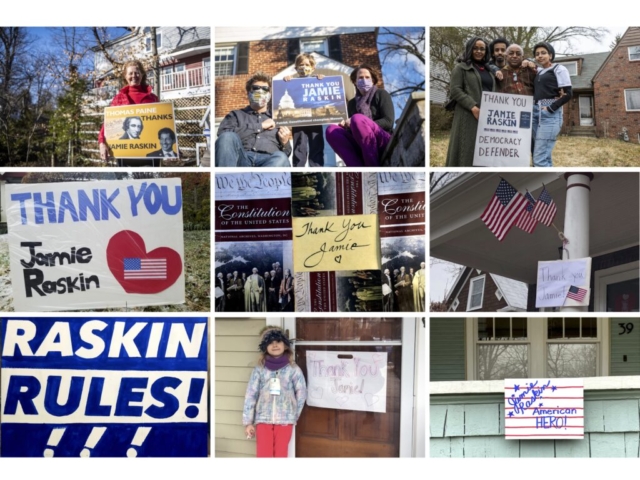 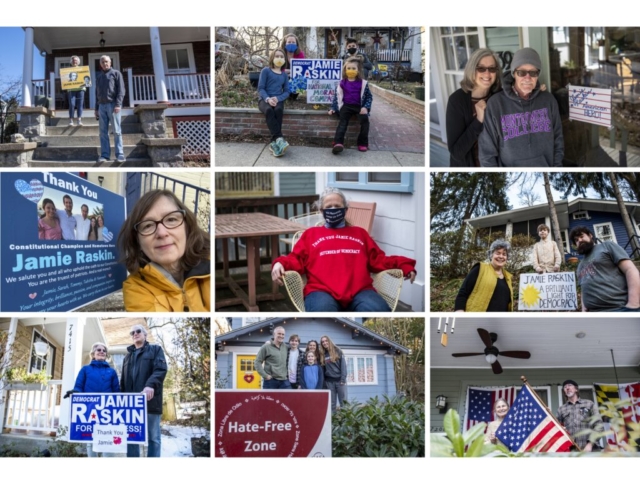 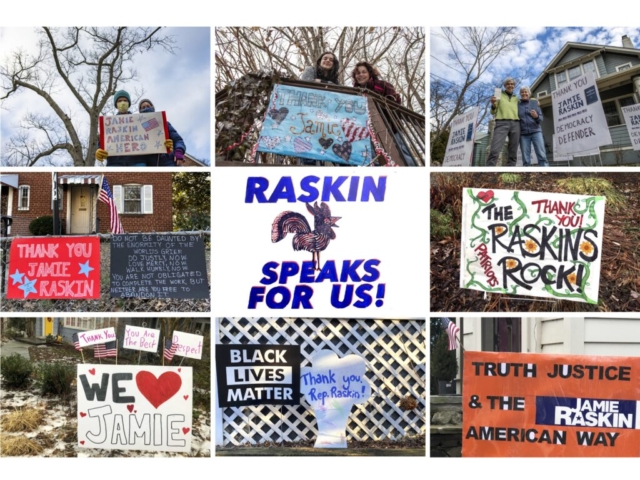 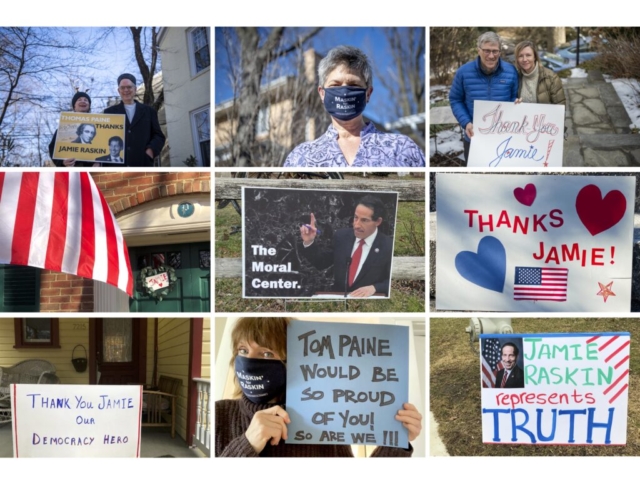 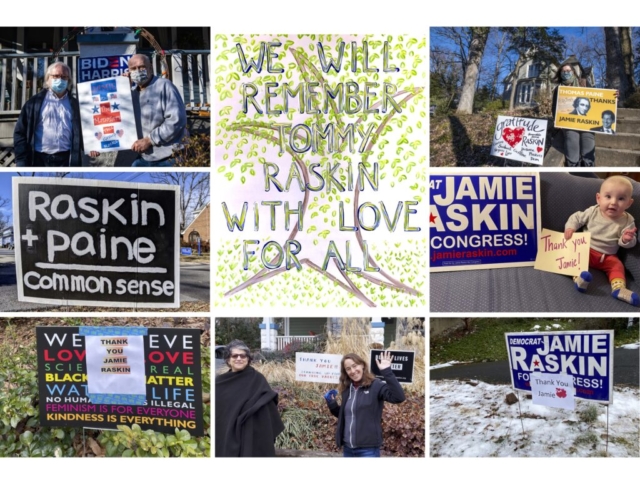 Takoma Park is home to numerous churches. Two of the oldest are the Takoma Park Presbyterian Church at the corner of Maple Avenue and Tulip Avenue, which began as a Union Chapel in 1889 (see Notable Places) and the Trinity Episcopal Church at the corner of Piney Branch Road and Dahlia Street, NW, which was founded in 1893. The Seventh Day Adventist Church at the corner of Carroll Avenue and Eastern Avenue was built in the early 1950s, replacing the original church that sat at the southeast corner of Carroll Avenue and Willow Avenue (currently a parking lot). The current God Glorified Church of God on Geneva Avenue was originally Parker Memorial Baptist Church, established in the 1920s by the African American community in that area.

Takoma Park is home to a variety of parks, gardens, playgrounds, and open space managed by the City of Takoma Park, Montgomery County Parks, the District of Columbia, and the National Park Service. The oldest is Spring Park, created by BF Gilbert as part of his 1886 subdivision, Gilbert’s Addition/Carroll Farm.

Can you find all of Takoma’s parks, gardens, and open spaces? How many of these have you visited?

Don’t see a park you know about? Let us know where it is.